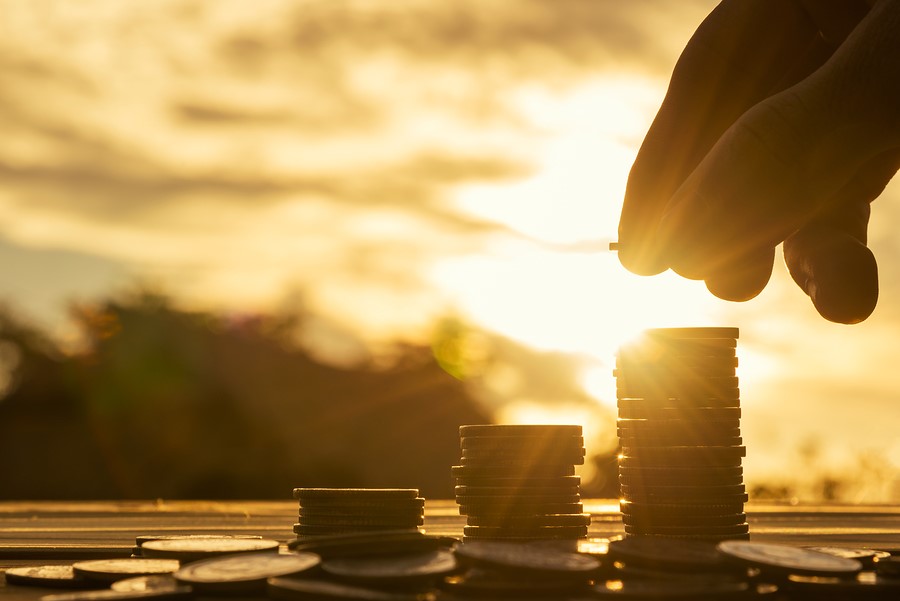 I have a question for you. What is the root of all evil?

If you answered Money, then like many people, your thoughts are conditioned to believe that having money is wrong, only for the lucky or the dishonest, or possibly that there is just not enough to go around.

If you answered something else then possibly you avoid thinking about money, which would be reflected in your income and saving habits.

Knowing the difference between a think rich and a think poor mentality could change the way you think and feel about money, and possibly even your attitude towards yourself and the way you view the world.

The amount of money in the world is staggering.

Forbes Magazine released statistics last year that showed there were 1,810 billionaires around the world with a total net worth of almost $6.5 trillion. That’s billionaires, who each have in excess of 1,000 million US dollars! There are a further 34 million people who have a million dollars or more. That’s plenty enough to go around. So why is it that so few people (1%) hold so much of the wealth (99%)?

Your answer here is just as revealing as the one I first asked you.

What is it about the think rich mentality that sets these people apart from the think poor people?

Is it luck, hard work, or selfishness?

If you have a think rich mentality you will say that being selfish: looking after yourself and getting your needs met, is the key to being able to assist others. Only when you are in balance can you set the world straight.

Think rich mentality is all about having the money that enables you to serve others. Just like on an aeroplane, the emergency card says you need to apply your own oxygen mask first, and then help others around you. If you have no air, you can’t breathe you can’t serve. Money is the same!

The think poor mentality is having money is selfish: self-centred and arrogant. Think poor people will often give away the little they have (in both time, money, and resources) in order to feel like they are making a difference, which can lead to burn out, stress and dissatisfaction when that gift either causes too much strain at home, or not a big enough difference in the community.

So who is right?

In this case, it’s important to look at who is successful. Which one of those groups is achieving the task of benefiting the community? The think rich person has access to media, rubs shoulders with well-regarded people and will be listened to as a person of authority and will command respect. They will have enough to make donations, create stability and back themselves as well as the position where they can positively influence others through their inspiring story of success.

If you think you might have a think poor mentality, really consider where those thoughts came from? How long have you had them? Can you remember deciding how you feel about money?

These fears are just some examples of ways we are unconsciously working very hard to ensure we don’t have “too much.”

In order to keep the status quo, think poor people will do some amazing things with money, including spend it all (even faster than they make it), hoard it, give it away, invest poorly, or get fired.

All these actions give further proof to the original concept, thus ensuring they will never break free of the salary cap they have placed on themselves.

While some people can spend their lives this way, always scraping by or living to their perceived standard, the good news is there is a way to change. You can get Think Rich mentality by studying your money patterns, understanding where they came from and switching them for positive ones.

So let’s look at what the Think Rich people do that’s different.

1. Excel at one thing
Ideally, this will be your ultimate passion. While there are webinar’s out there that tell you how to target successful markets, my suggestion would be to follow your passion and let that be your guide. If you are doing too many things at once your focus will be too scattered. Pick the one thing that you really love and perfect it.

It’s not that you aren’t working, it’s that it doesn’t feel like work and you are able to do more of it and challenge yourself.

As we say at Live it Now, ‘your passion is your compass, money follows passion!’

2. Back yourself
Most of the world’s wealthy own businesses. They took their passion, launched it and perfected it as a product then perfected that product as a resource. That means backing your idea all the way, in every way possible. If we read between the lines, that means backing yourself all the way and believing you are worth it. Worth the success, worth the rewards and while it may be risky, the think rich club believe not just that the rewards are worth it, but the alternative simply isn’t.

If you consider the list of fears from before you might appreciate that most of them live here, not in having a passion, not even in having an idea, but it’s what happens after that, and what it means for yourself if you follow through.

Imagine if you could break through some of those think poor beliefs about money and recognised what you are worth, what you deserve, and getting access to what you want. Already you might be able to see or feel the difference that would make to your life as a whole; the confidence, ability and trust you would have in your overall ability that might then lead to better relationships, better health, and better emotional well-being.

3. Have a vision
When it comes to being successful in any area of your life, you move faster and more effectively if you have a map of where you are going. This is most certainly true for think rich people.

Really connecting with where you want to be in 7 years, 5 years, 3 years and 6 months time gives you the motivation, inspiration and excitement of moving forward, past those fears. What you are striving for has got to be bigger than what you are avoiding, which might explain why so many of the world’s wealthy are so rich, they were not afraid to have big big dreams.

Again, risk plays a big part here. You are betting on the unknown, on possibles and maybes. However, it’s not simply a fantasy, you are doing the work and taking the action you need at the same to make those dreams a reality. It’s your future vision that will hold you to those tasks, making it more than just a daydream.

4. Create a force to be reckoned with
Being around people who have the mindset of abundance, who feel like earning money is fun, makes a big difference to your own ability to have fun earning money and tapping into new and creative income sources. Empires are built by teams with combined strength for increased ability. You see a power figure in the media but there is a team behind them, supporting their idea, giving encouragement, and a group of experts in the field putting pieces together to move from a concept to an actual working phenomenon.

If you want to take your earning potential to the next level, I would encourage you to download my free Think Rich e-book which will ask the questions that really get you in touch with your internal world, then create an incredibly strong structure for growing your wealth that will be with you for life. For even more detail, enquire about Wealth Now, our Rapid Wealth Change program.

Above all, believe in your idea. Back yourself and take that exciting risk towards having it all!

Being Yourself in a Relationship
April 12, 2019

9 Ways To Market Your Small Business This Christmas
December 17, 2018